When Comic Books Go Too Far

When DC released and then almost instantly retracted the amazing yet incredibly creepy piece of cover art featuring the Joker for Batgirl #41 the internet was up in arms. Artist Rafael Albuquerque released a slightly over-dramatic statement claiming that he never meant to hurt anyone and that he recommended DC pull the dramatic variant cover.

Is this one of those instances when comic books went too far, or was this just an overreaction to what was essentially a powerful and impressive homage to one of comicdom’s favourite storylines?

There are plenty of times when even the vanilla storylines of 1980s Marvel went a bit far in terms of creepy factor, yet they somehow managed to slip through the cracks. Perhaps it was the fact that Albuquerque’s artwork was flashed across newsstands and websites and that made it all too visible a target for those with weaker comic-constitutions. In the past there have been plenty of times when comic books pushed the boundaries of what was acceptable and here are some of our favourite … well, most memorable.

The Rape and (sort of) incest of Ms. Marvel 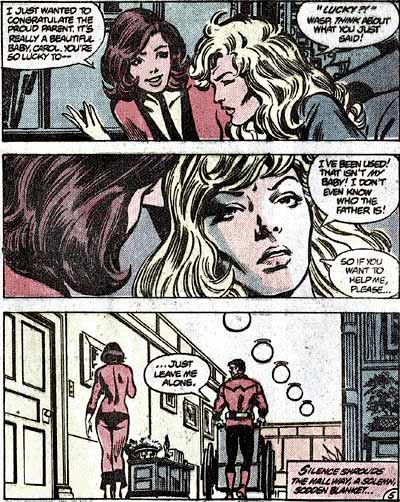 There was a seriously messed up storyline featured in Avengers #200 back in 1980 in which it was revealed that Ms. Marvel (aka Carol Danvers aka Captain Marvel) was magically impregnated with an alien overlords baby. If being unknowingly inseminated by an unknown entity wasn’t bad enough, the father turned out to be the baby itself!
Wait there’s more. After Carol gave birth to Marcus (alien dude), he quickly grew into maturity and then Carol ran away with him!!!

No no, we’re not finished yet. After a few months of interdimensional sex with her own child and rapist, it was then revealed that Carol was under Marcus control the whole time, not acting of her own free will (because if she had been we’d all think she was a freak, and not in a good way).

So we’ve got rape, incest, Stockholm syndrome and a little more rape for good measure. SO WRONG! 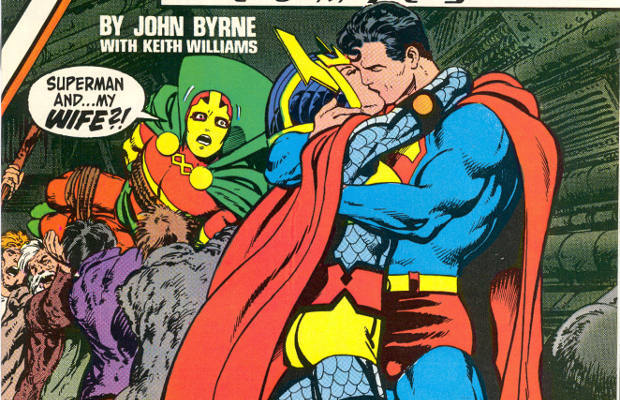 This little gem took place in 1987 when a brain-washed Big Barda stars in some super sexy “dance videos” to raise some money for a war on Darkseid (age old story, I know). The brainwasher, a sleezy villain named Sleez, then brainwashes Superman into starring in a sex tape with her! OK the pair get interrupted by Mister Miracle, but we were this close to Barda being the next Kardashian.

The Memory of Gwen Stacy Violated 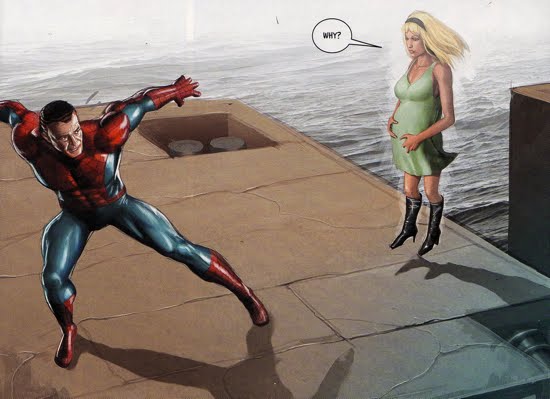 We all loved Gwen Stacy long before Emma Roberts took up the mantle, and her death was so iconic it transformed the entire world of comic books as we knew it. So to find out in the 2004 storyline “Sins Past” that she was actually pregnant with Green Goblin’s twin babies is enough to make me barf right now onto my keyboard 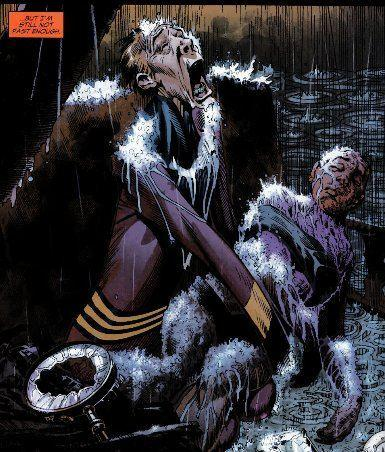 Jeez, turns out there have been a fair few rape storylines in comic books over the years. I’m not saying there shouldn’t be, it’s just some of them were pretty intense. Case in point, Sue Dibny, Elongated Man’s wife was raped and murdered in the Identity Crisis series in 2004. Brutally murdered and then revealed to have been raped by Doctor Light makes for a compelling, yet disturbing, storyline.

Kyle Rayner’s Girlfriend gets Killed and stuffed into a fridge 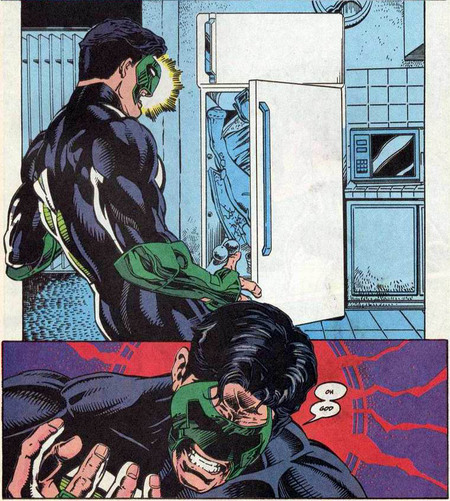 Yeah, poor ole Kyle. In attempt to make the new Green Lantern more gritty and interesting and live up to his predecessor Hal, Kyle Rayner’s girlfriend is murdered while he’s in space and then left for him to find… in his refrigerator!

Invisible Man gets Raped TO DEATH 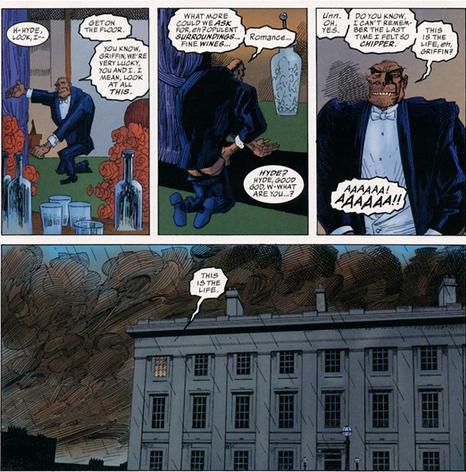 And for the grand finale. You thought rapes were shocking, you thought murders were gruesome. Well how about being raped to death!? Alan Moore goes graphic (shocking right?) in League of Extraordinary Gentlemen when he has the traitorous Invisible GET RAPED TO DEATH by Mr Hyde.  I mean… I can’t even. What the actual fuck?

There are countless more rapes, tortures and murders that have made for some of the most dramatic (and sometimes desperate) storyline in comic book history. I mean we haven’t even touched on the Walking Dead series which is just an on-going collection of horrible incidents.

That Batgirl cover art isn’t looking so dramatic now is it?

Which do you think is the most upsetting comic book storyline you’ve ever read? Any other rapes we missed you feel are worth highlighting? Let us know down below.